Lupus low disease activity state (LLDAS), a promising treatment target among white patients in the early stages of systemic lupus erythematosus (SLE), has been shown to be achievable and negatively associated with early damage accrual, according to the results of a prospective Italian cohort study published in Arthritis Research & Therapy.

Researchers evaluated the prevalence of LLDAS at 6 months (T1) and 18 months (T2) after diagnosis and treatment initiation (T0) in a monocentric cohort of 107 white patients with SLE. Median disease duration was 9.7 months. Reasons for failure to achieve LLDAS were examined. The relationship between LLDAS and Systemic Lupus International Collaboration Clinics Damage Index accrual was also explored.

The investigators concluded that LLDAS is a potential treatment target in patients with SLE, which is both attainable and negatively associated with damage accrual in early stages of the disease. LLDAS appears to fit poorly with the heterogeneity of clinical presentation in patients with SLE, however, particularly in those with renal involvement. 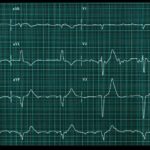