Adverse obstetric outcomes are more common in women with systemic lupus erythematosus (SLE) even prior to receiving the diagnosis, suggesting that the preclinical immunologic changes that occur during early disease pathogenesis may be related to the adverse maternal and fetal outcomes. These results, derived from a national population-based Swedish registry, were recently published in Arthritis Care & Research.1

Increased rates of preeclampsia, preterm labor, stroke, and death have been widely reported in pregnant women with SLE, along with adverse fetal outcomes.2  It is widely thought that autoantibodies, including antiphospholipid and anti-Ro (SSA), may be key contributors to the morbidity associated with SLE during pregnancy.  These antibodies can be serologically detected years prior to formal SLE clinical diagnosis3, and it is thought that they may explain why obstetric complications can occur in women even prior to receiving the SLE diagnosis.

Researchers affiliated with the Karolinska Institut, Weill Cornell Medical College, University of California, San Diego, and Stanford School of Medicine sought to compare pregnancy outcomes in women who had not yet been diagnosed with SLE but who later received the diagnosis (designated as the “pre-SLE” group) and women already diagnosed with SLE (designated as the “prevalent-SLE” group), and compared them to women in the general population in a descriptive study.

Women in the pre-SLE group were thought to represent those with underlying immune dysregulation and increased systemic inflammation. Using a population-based design allowed researchers to investigate whether the adverse obstetric outcomes see in women with SLE were specific to SLE itself, or occurred at similar rates in the general population.

Population-based data was taken from a large cohort of individuals with SLE included in the Swedish Lupus Linkage (SLINK) database. All first pregnancy singleton live-births and miscarriages >28 gestational weeks in women included in SLINK between 1973-2012 who were also identified in the Medical Birth Register (MBR) were analyzed.  The MBR contained information relating to maternal health including cigarette smoking, labor and delivery characteristics, and fetal outcomes.

For the purposes of this study, prior spontaneous abortions were not counted as prior pregnancies, unless gestational age qualified them for stillbirth classification. International Classification of Diseases codes, when coded on 2 separate occasions, were used to defined SLE in the National Patient Register.

Outcomes in singleton live births to women with SLE (n=551) were compared to the general population (n=12 847) between 1987 and 2012. One hundred ninety eight women who had singleton first pregnancies during this time period were designated in the pre-SLE group, with 65 of these women being first identified with SLE within 0-2 years and another 133 being first identified with SLE between 2-5 years.

Carrying a diagnosis of SLE or having underlying autoimmunity (represented by those classified into the pre-SLE group) was associated with increased risk of Cesarian section, preterm labor and birth, preeclampsia, hypothyroidism, postpartum stroke, and maternal infection.

Premature birth and intrapartum infection were also all increased in prevalent SLE and pre-SLE women. Congenital defects and infant mortality occurred at rates that were too low to allow sub-group comparison.

“Not only did we observe the previously reported higher risks of stroke, death, preeclampsia, and serious infection in SLE pregnancy, but we also observed significantly higher risks of adverse maternal, fetal, and infant outcomes in pregnancies prior to SLE diagnosis..  [and] the association appeared to be roughly dose-dependent, with increased proximity to SLE diagnosis correlating with higher risk,” the authors concluded.

Adjusted-measures of association, taking into account confounders, were not examined in this study.  The possibility of increased surveillance identifying additional numbers of adverse outcomes exists. 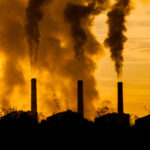