What is the link between the pro-inflammatory cytokine interleukin-6 (IL-6) and systemic lupus erythematosus (SLE)? Patients with SLE often have elevated levels of serum IL-6, but is there a direct correlation between this and the disease activity of SLE?

As the 13 studies comparing serum IL-6 between patients with SLE and healthy controls had such high heterogeneity, the researchers used a random-effects model for pooled analysis. They found that serum IL-6 levels in patients with SLE were much higher than those in healthy controls. This held true when the researchers performed subgroup analyses based on age, region (Asia or non-Asia), and measuring methods; subgroup analysis based on the definition of disease activity provided results that were deemed insignificant.

While the limitations of this study are acknowledged, the researchers believe they have quantitatively found a correlation between elevated serum IL-6 levels and SLE disease activity. They believe that this could have significance in terms of SLE treatment, providing not only a way to monitor disease activity but potentially making IL-6-targeted therapy useful in managing SLE. 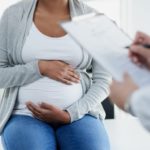