In patients with cutaneous lupus erythematosus (CLE), income level is associated with poorer quality of life (QOL), especially in regard to social isolation and self-consciousness, according to study results published in Lupus.

Researchers sought to evaluate the effect of annual income on QOL in patients with CLE.

A cross-sectional, single-center, pilot study was conducted using the University of Texas Southwestern (UTSW) CLE Registry, which included patients with CLE of varying socioeconomic statuses. The primary outcome variable was SKINDEX-29 +3 score — a 29-question, validated, skin-specific QOL questionnaire divided into 3 subdomains, including symptoms, emotions, and functioning. All scores were calculated using a 5-point Likert scale: “Never,” Rarely,” “Sometimes,” “Often,” and “All the Time.” Study participants had been seen for their initial study visit between April 2009 and September 2019.

A total of 238 participants with CLE were enrolled in the study. The majority of the participants earned between 10,000 and 50,000 USD (n=88) or less than 10,000 USD (n=85) annually. An increase in age was seen with an increase in annual income (P <0.001). Caucasians had the largest percentage of patients in the highest income bracket (58.5%), whereas African Americans had the largest percentage of patients in the lowest income bracket (67.1%, P <.001). Researchers noted that CLASI damage scores were inversely related to income level (P =.006), whereas CLASI activity scores did not differ across income levels.

Results of the study demonstrated that study participants who earned less than 10,000 USD annually experienced the worse QOL scores across multiple SKINDEX-29 +3 subdomains (P <.05). Specifically, these individuals experienced poorer QOL regarding social isolation and self-consciousness (P <.001). Significant predictors for having a worse QOL among participants earning less than 10,000 USD annually included being female, being a smoker, and having higher disease activity (P <.05 for all).

Major limitations of the current analysis included the fact that it was a single-center study and the inability to validate the income of study participants because it was self-reported.

Researchers concluded that “patients with low incomes are more likely to experience limitations relating to social isolation, embarrassment and self-consciousness of their skin more frequently than patients with higher income status.” 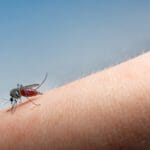