While the risk of developing lupus nephritis (LN) is higher among younger, non-White patients, overall survival rates among those with systemic lupus erythematosus (SLE) may be improving over time, according to study results published in Rheumatology (Oxford).

The aim of the study was to assess the effect of patient factors on risk for mortality and LN among patients with SLE.

The retrospective survival analysis included patients with SLE at a single center in the United Kingdom, all of whom had available data on follow-up duration, year of death, year of LN diagnosis, and censor date where applicable. The study population was grouped by sex, age at start of follow-up, time period of diagnosis, and ethnicity, namely, groups 1 (1978-1989), 2 (1990-1999), 3 (2000-2005), and 4 (2006-2011). Differences between the groups were examined using Kaplan-Meier analysis.

Limitations to this study included the use of a single study center, changes in care practices during the course of the study period, and the possibility that individuals with advanced kidney failure and LN may not have been referred.

The study researchers concluded, “[M]ortality does seem to be improving in patients diagnosed more recently.” They also noted, “Greater mortality in [Black] patients with SLE may be a specific USA finding related to socioeconomic factors.” 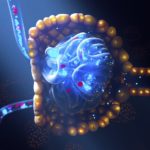