An analysis of patient records from the largest healthcare provider organization in Israel showed that patients with systemic lupus erythematosus (SLE) were significantly more likely to have celiac disease (CD) than matched controls, confirming observations made previously in case reports, case series and a prior population study. The findings by Dr Shani Dahan of the Sackler Faculty of Medicine at Tel-Aviv University, Israel and colleagues were published in June 2016 in Autoimmunity Reviews.1

A substantial body of literature provided evidence that that CD is frequently comorbid with a number of autoimmune diseases such as type 1 diabetes, autoimmune thyroiditis, inflammatory bowel disease, rheumatoid arthritis, connective tissue disorders and psoriasis. Immune diseases are three to 10 times more prevalent in patients with CD than in the general population.

Dr Dahan’s study included 5018 case patients, defined as those with a diagnosis of SLE, and 25 090 age- and sex-matched controls. A univariate analysis determined that CD was significantly more prevalent in patients with SLE than in controls (0.8% and 0.2%, respectively, P<.001).

The authors noted that the identification of CD in patients with SLE is of high clinical importance, though diagnosis can be tricky.  Signs and symptoms, including gastrointestinal manifestations and antibody titers, frequently overlap in CD and SLE. The use of SLE therapies such as corticosteroids and/or immunosuppressants may mask clinical and laboratory characteristics of CD.

The authors posit several plausible mechanisms for the positive association of CD and SLE, including shared genetic factors as suggested by similarities in HLA types and in shared non-HLA genetic risk variants related to the immune response; increased immune system activation; environmental triggers; deficiency in Vitamin D, a major factor in immune system regulation; gluten load; and dysfunctions in the gut microbiota.

“To summarize, a complex combination of genetic, immunological and environmental factors may explain the coexistence of SLE and CD observed in our study,” concluded the study team.

This population-based study added to a growing body of evidence that CD and SLE are associated. The authors wrote, “further studies are needed in order to determine the CD screening methods, if needed, in patients living with SLE. We believe that this data should be taken into consideration by the clinician when evaluating and treating SLE, as CD can be a tricky diagnosis in those patients, yet a treatable condition, probably more common in this population than we used to think.”

No conflicts of interest were reported by the researchers. 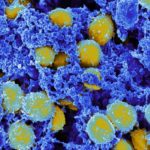