The 2019 European League Against Rheumatism/American College of Rheumatology (EULAR/ACR) classification criteria perform well among patients with early systemic lupus erythematosus (SLE) and across sexes and ethnicities, according to study results published in the Annals of the Rheumatic Diseases. Compared to the Systemic Lupus International Collaborating Clinics (SLICC) 2012 and ACR 1982/1997 criteria, the 2019 EULAR/ACR criteria showed better sensitivity for SLE across patient subgroups defined by disease duration, sex, and ethnicity.

Developed in 2019, the EULAR/ACR criteria were validated in a cohort of patients with SLE from 21 treatment centers in 16 countries. Each center submitted between 20 and 100 SLE cases and an equal number of SLE-mimicking control participants. Case and control diagnoses were made independently by 3 SLE experts using the EULAR/ACR 2019 criteria. Case and control diagnoses were then compared to the actual case status from each center. Sensitivity and specificity were computed for the EULAR/ACR 2019 guidelines. A similar procedure was conducted for the ACR 1982/1997 and SLICC 2012 criteria. Results were compared between the old and updated classification criteria.

These data support the diagnostic capacity of the updated EULAR/ACR classification criteria for SLE. The criteria was also found to be perform well among patients with early disease and populations typically under-represented in rheumatic disease research.

As study limitations, researchers noted that the cohort was primarily White; although EULAR/ACR criteria performed well among Black, Asian, and Hispanic participants, further study is necessary to validate these results. 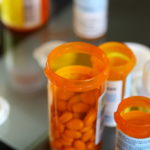