The onset of end-organ damage in patients with systemic lupus erythematosus (SLE) may be 4 to 5 years earlier in current or former smokers compared with never smokers, according to study results published in Lupus. Current smokers and smokers with a pack-year history of greater than 10 years accumulated damage twice the rate as that of never smokers.

Although there is some evidence that smoking increases the risk of developing SLE, the relationship between smoking and SLE has not been well studied.

In the current retrospective cohort study, the researchers sought to investigate the effect of smoking history and pack-year exposure on accumulated damage in patients with SLE.

Sociodemographic data revealed that a greater percentage of Black patients and those receiving Medicaid were current smokers (P for both <.05). Former smokers vs current or never smokers were found to be older (mean age, 51.7 years vs 41.7 and 44.3 years, respectively) and more frequently had late-onset SLE (54% vs 29% and 33%, respectively).

Using unadjusted Kaplan-Meier survival analysis, the researchers found that the median time to SLICC/ACR-DI increase or death in never smokers was 9.0 years compared to 3.4 years in former smokers and 4.5 years in current smokers (P =.002).

Study limitations included the cohort was different in age, race, ethnicity, and smoking behavior than the United States population of patients with SLE; data on medications that might affect SLE was not collected; disease activity was not included in the modeling; patient-reported pack-years was used, as opposed to standardized daily or lifetime cigarettes smoked; and patients were not assessed for antiphospholipid antibody syndrome. 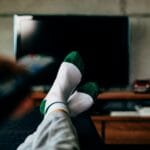