Fractional exhaled nitric oxide (FENO) monitoring may provide a potential biomarker of disease activity and signify the emergence of pulmonary involvement in children with systemic lupus erythematosus (SLE), according to a study published in Pediatric Pulmonology.1 Elevated FENO and decreased total lung capacity correlated with disease activity in the absence of respiratory symptoms in pediatric patients with SLE.

A team of investigators from Chulalongkorn University in Bangkok, Thailand, enrolled 24 children between the ages of 7 and 18 years (95.8% girls; mean age, 15±2 years) diagnosed with SLE.

Participants were reassessed 6 months later to evaluate SLE disease activity, FENO, and pulmonary function. All patients were undergoing treatment with prednisolone and hydroxychloroquine, the latter of which was discontinued in 7 patients (3 who developed maculopathy and 4 who achieved remission). Additional immunosuppressant drugs were also given to individual patients.

The current literature reports the incidence of pulmonary involvement in children with SLE as ranging from 5% to 67%,2 although pulmonary function tests (PFTs) in children with SLE have identified subclinical lung disorders in 60% to 80% of cases otherwise negative for respiratory symptoms and radiologic abnormalities.2,3 In the Bangkok cohort, 20.8% of participants demonstrated abnormal PFT results, all of which were restrictive defects, at baseline; this increased to 29.2% at the 6-month follow-up visit, with 25% of patients experiencing isolated restrictive defects and 4.2% experiencing restrictive with diffusion defects.

More than half of study participants (58.3%) had nonactive disease levels at baseline, whereas 20.8% showed mild activity measured by decreased total lung capacity or restrictive lung defects on X-rays. At the 6-month follow-up, disease activity remained constant for 70.8% of the cohort, whereas the remaining 29.2% showed improvements. At the same time, 25% of asymptomatic patients had high FENO levels at baseline, which was reduced to 8% at follow-up. The researchers identified a direct correlation between FENO and disease activity (r = 0.49; P =.02); conversely, total lung capacity correlated negatively with SLE activity levels in children with active disease (r = −0.71; P =.02).

Despite reliance for many years on PFTs for the diagnosis of subclinical pulmonary involvement in SLE, PFTs in the Bangkok study did not show any significant correlation to disease activity or FENO levels. On the basis of these results, the authors wrote that FENO represents an effective biomarker of disease activity in children with SLE, even in the absence of signs of pulmonary involvement.

“FENO is a simple, non-invasive, minimal patient cooperation measurement that can be performed easily even in patients with severely active disease,” the researchers concluded. “FENO should be considered as an additional tool for evaluating disease activity in [children with SLE]. 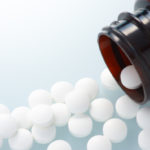