Renal arteriosclerosis develops 2 decades earlier in patients with lupus nephritis (LN) than in age-matched healthy controls, according to a new study.

Patients with LN have a 9-fold increased risk of CVD compared with healthy peers and 2-fold higher risk compared with patients who have systemic lupus erythematosus but not nephritis, lead investigator Shivani Garg, MD, MS, of the University of Wisconsin in Madison, explained in an interview with Renal & Urology News. “So, there is an urgent to find early predictors of CVD to implement timely CVD prevention strategies, such as renal arteriosclerosis that is shown to be an early predictor of CVD in IgA nephropathy,” Dr Garg said.

The study also found that renal arteriosclerosis reporting and grading in LN biopsies were missed or overlooked in more than half of the routine pathology reports, and the investigators attributed this to current International Society of Nephrology/Renal Pathology Society guidelines not providing recommendations on the standard use of systematic criteria to grade renal arteriosclerosis, such as Banff criteria, in all LN biopsies. 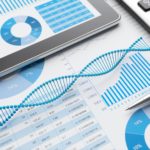