Testing for antinuclear antibodies against extractable nuclear antigens (anti-ENA) should not be repeated routinely in patients with systemic lupus erythematosus (SLE) following at least 1 negative result because of the high cost and low clinical utility associated with repeat measurements, according to findings published in The Journal of Rheumatology. This is in contrast to testing for anti-double stranded DNA (anti-dsDNA) and complement (C3 and C4) levels, which change more frequently after an abnormal result.

Patients with SLE often undergo annual immunologic serology, including anti-ENA, although the clinical necessity and cost effectiveness of these tests are still uncertain. Such testing contributes significantly to healthcare costs. The researchers evaluated the frequency of serologic changes for anti-ENA, anti-dsDNA, and C3 and C4 and calculated the cost of detecting each seroconversion.

Among 137 participants enrolled in the 1000 Canadian Faces of Lupus prospective registry, 130 (93.6% women; mean age, 47.1 years; mean age at diagnosis, 37.5 years) were included in the final analysis. Seroconversion frequency was assessed for each of the 4 indices during consecutive annual tests, and cost per detected change was calculated using United States Medicare data.

Data showed that 89.4% of participants had no change in anti-ENA status over the course of the study, while 7.3% had a change from positive to negative and 3.3% had a change from negative to positive. After 1 anti-ENA screen, the next annual test resulted in 4.2% of participants switching from positive to negative, and 3.9% changing from negative to positive. There was a progressive decline in these change rates after subsequent multiple consistent yearly results.

No changes from the first screening were observed for anti-dsDNA, C3, and C4 in 60.8%, 83.3% and 75.4% of patients, respectively. Rates of change also decreased progressively following repeated normal annual laboratory tests.

Study limitations included the use of single-center data that considered both incident and prevalent cases; lack of correlation calculations between testing changes and clinical events, which precluded clinical utility evaluations; no examination of anticardiolipin antibodies; and the use of a single laboratory, which limited applicability for those whose serologies are evaluated at multiple laboratories.

The authors concluded that repeated measurements of anti-ENA were unlikely to benefit patients with SLE in terms of disease management. Coupled with the excessive cost of detecting these changes, the authors recommend against serial testing, particularly after consistent negative results. 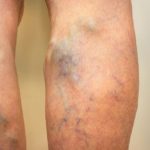