Low immunoglobulin levels are not rare among patients with systemic lupus erythematosus (SLE) and may signal an increased risk for bacterial infection.1

In a narrative review published in Lupus, authors discussed immunoglobulin (Ig) measurements and primary and secondary causes of hypogammaglobulinemia in patients with SLE.1

Lupus is a chronic autoimmune disease of unknown etiology that can affect several organs of the body; immunologic abnormalities are a prominent feature of the disease.2 Patients with SLE are at an increased risk for mortality, with the leading causes of death including infections, cardiovascular disease, and end-organ damage.3

Immunoglobulins have a key role in the protection against infections, as they recognize and eliminate invading pathogens. These plasma proteins are composed of heavy and light chains, and are classified into 5 main isotypes: IgM, IgD, IgG, IgA, and IgE.1

IgM antibodies are the first type of antibody developed in response to an infection and they can also cause other immune system cells, such as the complement pathways, to destroy foreign substances. IgG antibodies are the smallest but the most abundant of all the antibodies in the body and are the only type that can cross the placenta in a pregnant woman to help protect the fetus. IgE antibodies are associated with allergic reactions, and are often high among individuals with allergies. IgD antibodies are found in small amounts on naive B cells, along with IgM, and their function is not clear. IgA antibodies exist in 2 forms: secretory IgA that has a key role in mucosal protection against various pathogens and serum IgA that plays a role in phagocytosis.1

Various immunoglobulin abnormalities have been reported among patients with SLE, which can be a result of a common etiology or develop secondary to SLE or its treatment. Polyclonal hypergammaglobulinemia has been well described in the literature. Hypogammaglobulinemia has been associated with SLE, immunosuppression, and nephrotic syndrome. Common variable immunodeficiency, IgA deficiency, and IgM deficiency have also been reported in SLE.4,5

Hypogammaglobulinemia refers to the quantitative or qualitative defects in antibody production and can occur in primary or secondary instances.6

Primary hypogammaglobulinemia results from primary failure of the immunologic mechanism, which can vary from the complete absence of immunoglobulins due to agammaglobulinemia to normal immunoglobulin levels with altered function. These patients are at an increased risk for recurrent or severe infections and demonstrate an impaired response to vaccination.7

Although leucopenia, lymphopenia, and neutropenia may occur in patients with SLE, these abnormalities typically have no significant impact on the risk for infection.8

Several studies have reported an association between autoimmunity and the various forms of primary immunodeficiencies, with data suggesting an increased prevalence of inflammatory bowel disease, pernicious anemia, Sjögren syndrome, autoimmune thyroiditis, as well as SLE, in patients with common variable immunodeficiency disorders.1,9 While the mechanism of SLE development in these patients is not clear, a common genetic predisposition may be likely.1

In lupus, polyclonal hypergammaglobulinemia is the typical alteration of immunoglobulins, as these contribute to the pathogenesis of the autoimmune disease. Furthermore, during the active phase of the disease, immunoglobulin levels are frequently increased.1

In another study, Almaghlouth and colleagues explored the association between acquired low immunoglobulin levels and risk for clinical relevant infections in adults with SLE, and found that, in most cases, the acquired hypogammaglobulinemia was transient. Patients who acquired hypogammaglobulinemia tended to have longer disease duration, were more likely to have a history of lupus nephritis, and more commonly received treatment with prednisone or immunosuppressive medications. Furthermore, an increased risk for infection was limited to patients with low acquired IgA.11

Management of Hypogammaglobulinemia in SLE

For patients at risk for infections and with recurrent infections, a multitargeted approach to reduce the risk for infection is recommended. Potential strategies include reducing the dose of immunosuppressant medications, ensuring adherence to antimalarial therapy, and following vaccination recommendations. Intravenous immunoglobulin replacement may be used but data on this are limited.1

We spoke with Ibrahim Almaghlouth, MBBS, MSc, of the Division of Rheumatology at the University of Toronto and the Schroeder Arthritis Institute in Toronto, about the objective and reason behind conducting the narrative review on the role of immunoglobulins in patients with SLE.1

“Immunoglobulins play important role in self-protection against many pathogens. However, in certain diseases like lupus; immunoglobulins may contribute to disease pathogenesis in the form of autoantibodies. Hence, we tried in our article to shed some lights on various roles of immunoglobulins in lupus and provide a practice guidance to clinicians on how to interpret results of immunoglobulins level based on recent published studies,” he said.

“In this article we briefly review the structure and function of immunoglobulins. We then provide a practical approach to understand the significance of immunoglobulin level changes in patients with lupus,” he added.

According to Almaghlouth et al, “The relationship between immunoglobulin levels and SLE is complex. Encountering hypogammaglobulinemia may not be as rare as some would think. Measurement of immunoglobulin levels in SLE patients might be useful to detect patients at risk [for] bacterial infection, especially in those with a history of recurrent or severe infection.”1 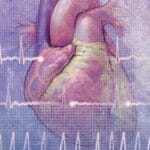