Systemic lupus erythematosus (SLE) is an autoimmune disease that can affect many organ systems, including the gastrointestinal (GI) tract. When the GI tract is affected, patients can be at risk for development of intestinal pseudo-obstruction (IPO) and other complications.

Although IPO has been considered a rare complication of SLE, most information has been gleaned from case reports, leaving considerable informational gaps. A new retrospective review published in the Journal of Rheumatology examines the epidemiology, clinical characteristics, and risk factors of SLE-related IPO (SLE-IPO) has shed new light on this complex, life-threatening complication that is likely more common than previously thought.1

The study included 85 patients with SLE-IPO (82 women and 3 men) and 255 matched controls with SLE but no IPO who were treated at Peking Union Medical College Hospital, Beijing, China, between August 2003 and August 2014. The study investigators compared demographic, clinical, and laboratory data for both patient cohorts.

Patients whose SLE was not diagnosed before development of IPO were significantly more likely to have a delayed diagnosis and/or misdiagnosis. The median time from onset of IPO to diagnosis was 1.83 months (range, 0.1-122.7 months), and misdiagnosis occurred in 46 patients (54.1%), with 38 (77.6%) having IPO as the initial presentation of their SLE.

Misdiagnosis was likely common among patients with SLE-IPO because symptoms were nonspecific and overlapped with those of other GI disorders. Patients most commonly presented with abdominal pain and distension (92.9%), nausea and vomiting (87.1%), weight loss (60%), diarrhea (51.8%), sluggish or no peristalsis (36.5%), and urinary frequency (18.8%). Additionally, 50 patients (58.9%) had pyeloureterectasis, with 6 (7.1%) also having biliary tract dilatation, a triad known as visceral muscle dysmotility syndrome.

Other independent risk factors of poor prognosis included the presence of nephrotic syndrome (OR, 30.54; P = .007) and megacholedochus (OR, 16.99; P = .042).  Older age at the time of SLE onset accompanied by GI symptoms as the initial presentation also was a risk factor of death and complications (P = .005).

Although patient prognosis ultimately depended on the level of vital organ involvement, most patients responded well to treatment, particularly if initiated early in the disease course. Among patients with SLE-IPO, 65 (76.5%) recovered after treatment with systemic corticosteroids and immunosuppressants (cyclophosphamide, cyclosporine, tacrolimus, and hydroxychloroquine) given in combination with symptomatic treatments and parenteral nutrition.

Because most study patients with SLE-IPO were women (96.5%) and early diagnosis was crucial for ensuring good prognosis, the authors recommended “a thorough assessment for systemic diseases such as SLE be carried out in young female patients who have a recurrent acute abdomen without an obvious predisposing reason,” noting that “if laboratory results indicate leukocytopenia or concurrent pyeloureterectasis, which is inconsistent with intestinal obstruction of acute abdomen, SLE should be considered as the underlying disease.”

The study indicates that SLE-IPO is not as rare as previously thought and must be diagnosed as early as possible to ensure good outcomes. Although several study limitations were described, including a retrospective single-institution design, an inability to account for all factors that might have influenced outcomes, and a lack of long-term mortality data, the results provide clinicians with important insights into SLE-IPO, potentially improving earlier recognition and treatment of this devastating complication. 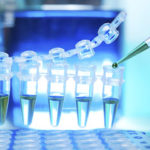 Can Pharmacogenetics and Precision Medicine Change the Future of SLE Diagnosis and Treatment?