HealthDay News — The estimated prevalence of systemic lupus erythematosus (SLE) in the United States is 72.8/100,000, according to a study published online Jan. 21 in Arthritis & Rheumatology.

Peter M. Izmirly, M.D., from the New York University School of Medicine in New York City, and colleagues conducted a meta-analysis estimating the U.S. SLE prevalence using data from the U.S. Centers for Disease Control and Prevention National Lupus Registry network, which includes four registries in unique states and one in the Indian Health Service.

“Our study potentially redefines systemic lupus erythematosus as a rare disease in the United States and lays the groundwork for where we need to focus our efforts to reduce the burden of this disease on Americans,” Izmirly said in a statement. 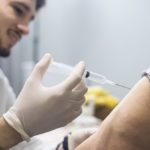