The need for an effective and reliable screening tool for cognitive impairment (CI) in patients with systemic lupus erythematosus (SLE) is important given the high prevalence of CI in that population. Researchers from the University of Toronto, Canada, recruited 98 consecutive adult patients with SLE to identify a screening test that is both cost-effective and easy to administer in an ambulatory setting, and published their results in the Journal of Rheumatology.

The objectives of the analysis were: (1) to determine the prevalence of CI in patients with SLE per evaluation by the Montreal Cognitive Assessment (MoCA), Mini Mental State Examination (MMSE), Hopkins Verbal Learning Test–Revised (HVLT-R), and Perceived Deficits Questionnaire 5-Item (PDQ-5); and (2) to define the association between patients’ demographic, psychosocial, and clinical findings and their cognitive function.

The researchers administered the HVLT-R, MoCA, and MMSE to patients to assess the respective sensitivity/specificity, positive predictive value (PPV), negative predictive value (NPV), and positive likelihood ratio (LR+) of MoCA/MMSE compared with HVLT-R. All participants completed a test on intellectual ability and questionnaires regarding anxiety, depression, and perceived cognitive deficits.

The researchers concluded that CI is highly prevalent in the SLE population, and MoCA may be useful in the clinical setting to screen such patients for CI. Additional studies are warranted to confirm the validity of MoCA in this setting. 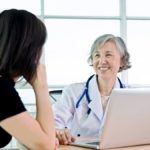