Data collected from the US Centers for Disease Control and Prevention (CDC) National Vital Statistics System have revealed that mortality from systemic lupus erythematous (SLE) has decreased in all subpopulations, including women and blacks, over the past decade after periods of increasing rates reported between the 1970s and the 1990s, according to the results of a population-based study published in Annals of Internal Medicine.1

Using the CDC’s Wide-ranging Online Data for Epidemiologic Research (WONDER) database,2 the investigators compiled data on SLE deaths from 1968 through 2013. In the United States, all death certificates provide the International Classification of Disease (ICD) code for the underlying cause of death, which is defined as “the disease or injury that initiated the events resulting in death.”3 Deaths were attributed to SLE if there was an ICD code for SLE listed on the death certificate as the underlying cause of mortality.

The CDC WONDER database was used to obtain annual death counts in the entire US population, and separately by gender, race and ethnicity, and US geographic region (Northeast, Midwest, South, or West). Age-specific crude mortality rates for SLE and non-SLE causes were quantified for each year from 1968 through 2013 as the number of deaths divided by the number of persons in the US general population.

To calculate the overall age-standardized mortality rate (ASMR) for the population for each year between 1968 and 2013, the researchers combined yearly age-specific crude mortality rates with the age distribution of the US population in 2000. This was performed separately for the total US population; for each gender, race, and geographic region; and for both SLE deaths and non-SLE deaths. The ratio of SLE ASMR to non-SLE ASMR for each year was computed.

Statistically significant increases in the SLE ASMR were not observed in whites over the 46-year study period. Women, blacks, and US residents in the South had higher SLE ASMRs and larger cumulative increases in the ratio of SLE to non-SLE ASMR (31.4%, 62.5%, and 58.6%, respectively).

The investigators concluded that although rates of SLE mortality have declined since 1968, they still remain high compared with non-SLE mortality rates. Significant gender, racial, and regional disparities persist. Comprehensive evaluation of SLE mortality using prospective, population-based data might prove beneficial in understanding the mechanisms underlying the disparities in SLE mortality. 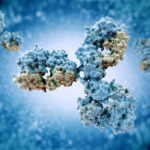 Active Nephritis in Active SLE: Identification of a New Biomarker