The studies, which included a total of 2262 participants sought to evaluate the effect of an anti-B-cell activating factor antibody on SLE disease activity assessed with the SLE Responder Index-5 (SRI-5), the study’s primary endpoint. For all patients, the SRI-5 response rate at week 52 was 32.8%. Nonresponse rates resulting from a lack of SLEDAI improvement, concomitant medication noncompliance, or study dropout were 31%, 16.5%, and 19.1%, respectively. Nonresponse resulting from deterioration in the British Isles Lupus Assessment Group (BILAG) scale or the Physician’s Global Assessment after SLEDAI improvement, concomitant medication adherence, and trial completion was 0.5%.

At baseline, disease activity in 3 SLEDAI organ systems was highly prevalent: mucocutaneous, 90.6%; musculoskeletal, 82.9%; and immunologic, 71.6%. In contrast, disease activity in each of the other 3 organ systems normally affected (renal, vascular, or central nervous system [CNS]) was reported in <11% of patients. Overall, 4 clinical disease manifestations were highly prevalent at baseline: arthritis, 82.6%; rash, 69.2%; alopecia, 58.2%, and mucosal ulcer, 32.5%. At baseline, the combined prevalence of renal, vascular, and central nervous system disease was 17.6%, with high SRI-5 response rates reported by these individuals.

During the initial 24 weeks of the analyses, adjustments in administration of corticosteroids were permitted. Increases in corticosteroid doses of >2.5 mg/day were reported in 16.2% of patients in the placebo group during the first 24 weeks.

The investigators concluded that SLEDAI improvement, concomitant medication adherence, and trial completion were the primary drivers of SRI-5 response in patients with SLE. In addition, they reported that corticosteroid dose increases were rare, and that highly weighted disease manifestations within the SLEDAI can confound the SRI signal. 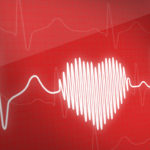 Unmet Needs in the Pathogenesis, Treatment of Systemic Lupus Erythematosus