Giant cell arteritis, also known as temporal arteritis, is the most prevalent form of systemic vasculitis in adults. Giant cell arteritis is most prevalent in those of Scandinavian descent and is infrequently seen in Asian or African individuals, suggesting that it has a probable genetic component.1 Giant cell arteritis preferentially affects the large vessels, especially the extracranial branches of the aorta. Those affected have a mean age of 70 years, and the incidence can be as high as 27 cases per 100,000 individuals older than 50 years.2 Classic symptoms include new-onset headache, thickened and painful temporal arteries, scalp tenderness, and jaw claudication. However, a significant minority of patients have noncranial constitutional symptoms such as anorexia, fever, and malaise.3 Because these nonspecific symptoms of giant cell arteritis are also seen in many other conditions, diagnostic delays of 9 weeks or longer are common.

Glucocorticoids are the mainstay of treatment for giant cell arteritis. Following diagnosis, prednisone is usually initiated at a daily dose of 40 to 60 mg per day, with tapering generally attempted after the first 4 weeks of treatment.6 While many people have a monophasic disease course that eventually allows discontinuation of pharmacotherapy, others have relapsing or remitting disease, resulting in multiple courses of prednisone therapy over many months or years.7 For patients whose disease is refractory to glucocorticoids, methotrexate may be used; however, it is associated with only a modest benefit.7

In 2017, the armamentarium for giant cell arteritis was broadened when the US Food and Drug Administration granted an expanded approval of the humanized antihuman interleukin (IL)-6 receptor antibody tocilizumab for the treatment of giant cell arteritis. The decision was based on the double-blind, placebo-controlled multicenter Giant-Cell Arteritis Actemra (GiACTA; ClinicalTrials.gov identifier: NCT01791153) clinical trial program.10 Results from GiACTA showed that the use of prednisone plus subcutaneous tocilizumab with a 26-week prednisone taper resulted in sustained remission for 56% of patients who received tocilizumab every week and for 53% of those who received tocilizumab every 2 weeks. In contrast, sustained remission was achieved in only 14% of those who received prednisone plus placebo with a 26-week prednisone taper and 18% of those who received prednisone plus placebo with a 52-week prednisone taper. Patients in the tocilizumab groups required significantly less prednisone than patients who received placebo, an important effect because of the high rates of corticosteroid-related morbidity, including excess fractures, sepsis, diabetes mellitus, and hypertension that have been observed in many people treated for giant cell arteritis.11,12 Other biologic treatments have also been explored. Tumor necrosis factor inhibitors have not been found efficacious for the disease13; however, the anti-IL-12 and anti-IL-23 monoclonal antibody ustekinumab has shown promising results for giant cell arteritis in a small pilot study.14

Rajat Bhatt, MD, a rheumatologist affiliated with the Kadlec Medical Center in Richland, Washington, told Rheumatology Advisor that although his patients with giant cell arteritis have done well with tocilizumab, the results from GiACTA should be interpreted cautiously. “Giant cell arteritis is a chronic disease, so efficacy at 6 months does not mean that will not come back later,” he observed. Dr Bhatt also noted that tocilizumab normalizes C-reactive protein (CRP) and erythrocyte sedimentation rate (ESR), making it difficult to know when to stop treatment.

Sebastian Unizony, MD, codirector of the Vasculitis and Glomerulonephritis Center at Massachusetts General Hospital and coinvestigator for the GiACTA trials, told Rheumatology Advisor that the main challenge of giant cell arteritis is its relapsing nature. “According to different series, 40% to 80% of patients relapse within 24 to 48 months,” he noted. “Relapse means recurrence of symptoms that impair the quality of life of patients and the necessity of using more prednisone, which leads to prednisone-induced toxicity — weight gain, insomnia, diabetes, osteoporosis, cataracts, glaucoma, high blood pressure, mood issues, infection, muscle weakness and more — that further impacts quality of life.”

Dr Unizony noted that there are important unmet needs remaining for patients with giant cell arteritis. “First, we need more prednisone-sparing options for patients who do not tolerate tocilizumab or [who have a] flare on tocilizumab,” he told Rheumatology Advisor. “Second, because of its mechanism of action, tocilizumab makes the traditional inflammatory markers ESR and CRP unreliable for monitoring of disease activity. So, we need better biomarkers in giant cell arteritis. And third, up to 30% of patients with giant cell arteritis develop arterial complications such as aneurysms and stenosis. So far, clinical trials have not included an assessment of the arteries as part of the outcomes evaluated. We need to be sure that the medications that keep the symptoms of the disease controlled also prevent the development of these arterial complications.” 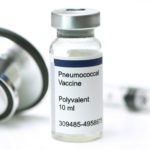