A retrospective cohort of patients with biopsy AAV from a single center between 2012 and 2016 was enrolled in the study and followed up with for 48 months.

A total of 43 patients (mean age, 65.9±11.06 years; 23 women) were included in the analysis of whom all tested positive for ANCA antibodies. Patients received induction treatment with daily oral GCs, along with intravenous cyclophosphamide or rituximab.

At fixed intervals during the 4-year follow-up, the researchers calculated Glucocorticoid Toxicity Index (GTI) and cumulative steroid dose; scores ranged from 0 to 123. At the end of the study, 12 (27.9%) of 37 patients had a GTI score of 0. Except for 1 patient, all of them with a score greater than 60 had received more than 9000 mg of GCs. There was a statistically significant association between cumulative GC dose and GTI score (P =.008; 95% CI, 1.31-8.05).

Study limitations included the observational nature of the study, with potential confounders including immunosuppressive medications, plasma exchange, and active vasculitis that could have contributed to the development of adverse events. In addition, all scores did not rely on invasive procedures or imaging, and the retrospective nature of the study could have resulted in inaccuracies while reporting mild side effects.

”Using the GTI creates potential to [individualize] and quantify the adverse effects patients experience as a result of GC treatment and permits more patient-[centered] management. Whilst [GCs] remain the main adjunctive immunosuppression of AAV treatment, the narrow therapeutic window supports the need for GC-sparing treatments,” the researchers concluded. 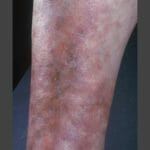