Autoimmune diseases have been shown to disproportionately affect women. In patients with rheumatoid arthritis (RA), the female to male ratio is 3:1, with women making up more than 75% of all cases of RA. [1,2] This ratio decreases to 2:1 after the fifth decade of life, becoming  male predominant among those in the seventh decade of life.[2] Numerous factors have been implicated in the overrepresentation of women in RA and other autoimmune diseases, including hormonal, genetic, lifestyle, and environmental factors.[2]

Although women are significantly more likely than men to develop RA, which has been reported to be the fourth leading cause of disability in women, it has been unclear whether they also have worse outcomes.[3] To answer this question, more recent studies have examined the impact of sex chromosomes on RA disease course, response to treatment, and overall prognosis. Although the findings in each of these areas have varied somewhat, they indicate sex is an important consideration when caring for the RA patient. 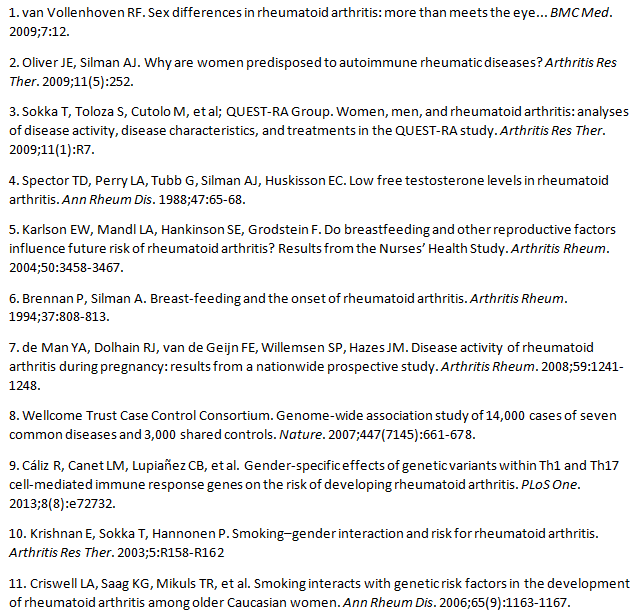